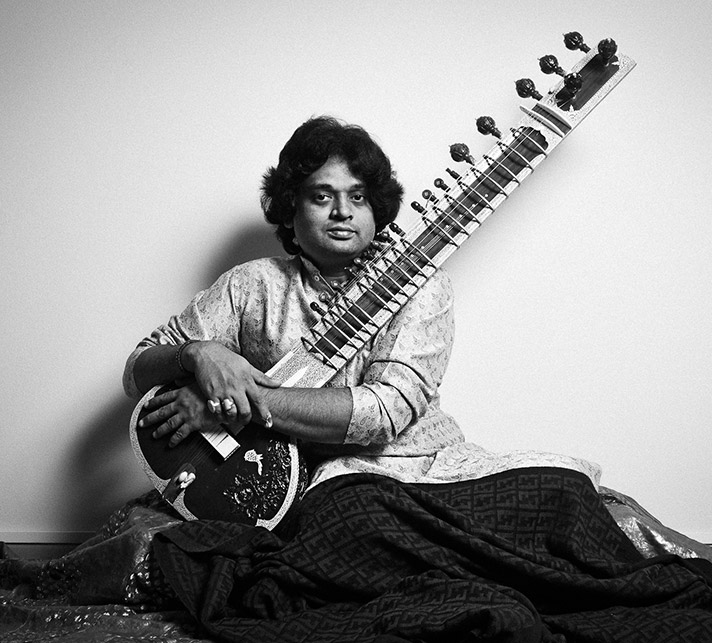 Deobrat Mishra is no doubt one of the most energetic and innovative sitar artists of India. Selectivity, melody and rhythmic complexity are typical features in his lively playing style.
Born in 1976, he represents the 7th generation of the Benares Gharana tradition. As a young child he studied Tabla with his mother, Pramila Mishra, who is the granddaughter of the well-known Tabla player Pandit Baiju Mishra. He started by studying vocal music with his father at the age of five and began his sitar lessons a year later. That same year, after only six months of studying the sitar, he gave his first public performance on stage. Five years later, he performed for the first time on the All India Radio.
Since 1994 he has been touring throughout Europe with his father. In the same year he was chosen to receive the award of the Youth Sitar Player. In 2000 he received the “Jewels of Sound Award” in Mumbai. His many projects include music workshops, solo performances for radio and television as well as world music programs with Indian and European artists. Moreover, he is the one in charge of cultural events and music lessons provided by the Academy of Indian Classical Music, the school he founded along with his father, Pandit Shivnath Mishra, in 2006.
He received a Masters degree in sitar from the Prayag Sangit Samiti in Allahabad. Among many other projects, the Mishras performed and recorded their music with the Western Symphony Orchestra of Italy in 2005. Nowadays, they fully dedicate their art to similar projects including annual tours around the world.  Above all, the Mishras (father and son) serve as two of India’s leading cultural ambassadors of our times. 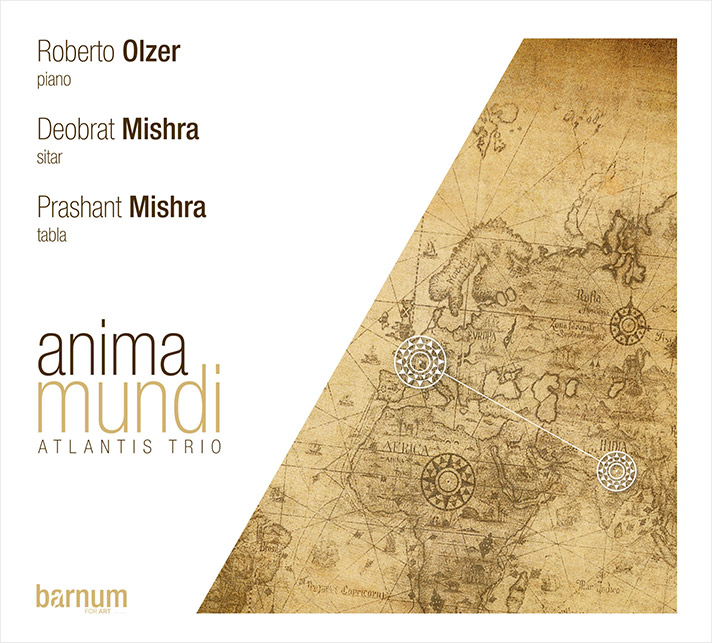