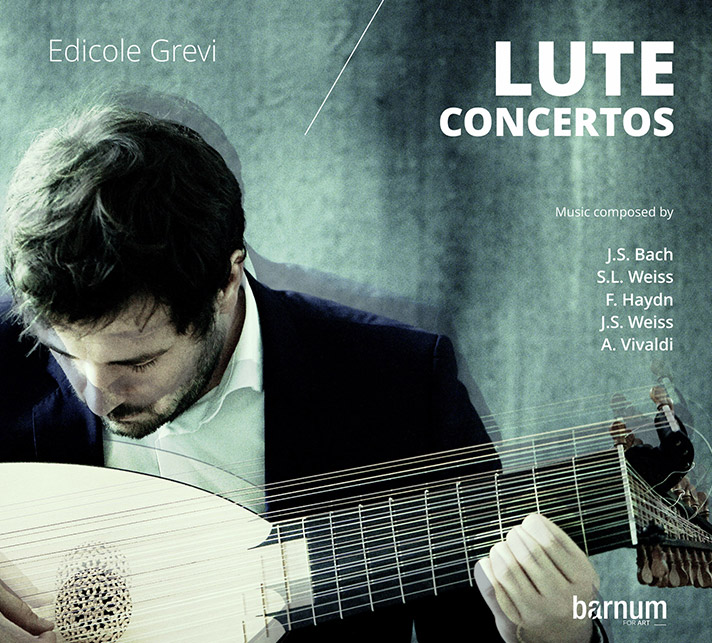 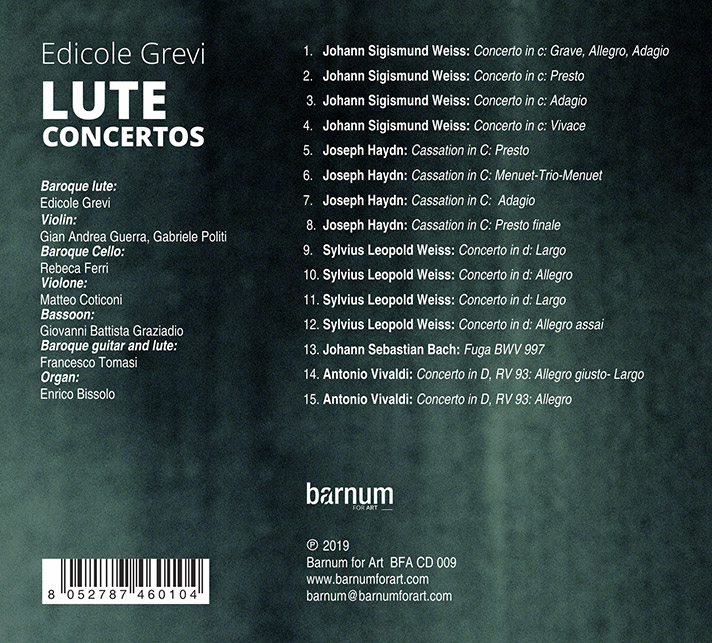 BUY THIS CD DOWNLOAD EXTRA CONTENT
Update Required To play the media you will need to either update your browser to a recent version or update your Flash plugin.

Edicole Grevi presents a music journey in Lute Concertos through greatest composers and their masterpieces for lute. Bach’s fuga BWV 997 for solo lute, Haydn’s trio, 2 famous concertos by S.L. Weiss and A. Vivaldi and one unpublished concerto by J.S. Weiss, brother or the first well known Weiss. This music choice was made on purpose to confirm the fact that lute was in past and remain the real prince of instruments. In Lute Concertos the lute is the leading instrument waving through the beauty of other music lines. In fact a really important aspect of this project is the variety of sounds instruments used in continuo section: cello, bassoon, organ and violone making the sound and timbre rich and alive.

Diego Leverić, in the art as Edicole Grevi is a lute player, performing on authentic baroque lutes. He performed concerts throughout Europe, Argentina, Brazil, Japan and China, and the most important places are: the Tchaikovsky Conservatory in Moscow, the Shanghai Symphony Hall, Fudan University in Shanghai, the Antonio Vivaldi Conservatory in Alessandria, the Sanssouci Festival in Potsdam, baroque festival “Vbv” in Varaždin/Croatia. In 2014 Leverić founded the baroque ensemble ArtiCoolAzione with which he had opportunity to record unpublished Napolitain cantatas for the with prolific countertenor Leandro Marziotte. . For his first soloist CD “Weiss à Rome” with the same label Edition Lilac he was rewarded with a maximum of 5 stars for the artistic and technique aspect by Amadeus a renowned Italian music journal. 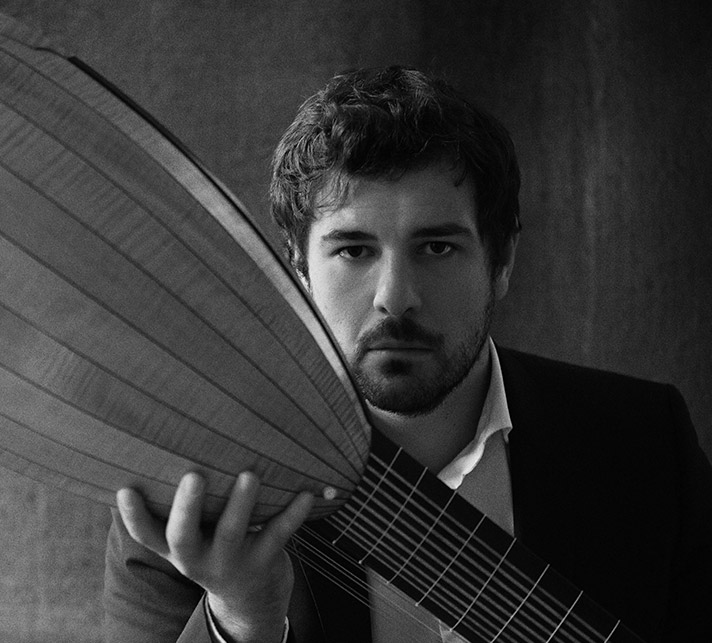 Further recordings of this artists
in the Barnum Catalogue: